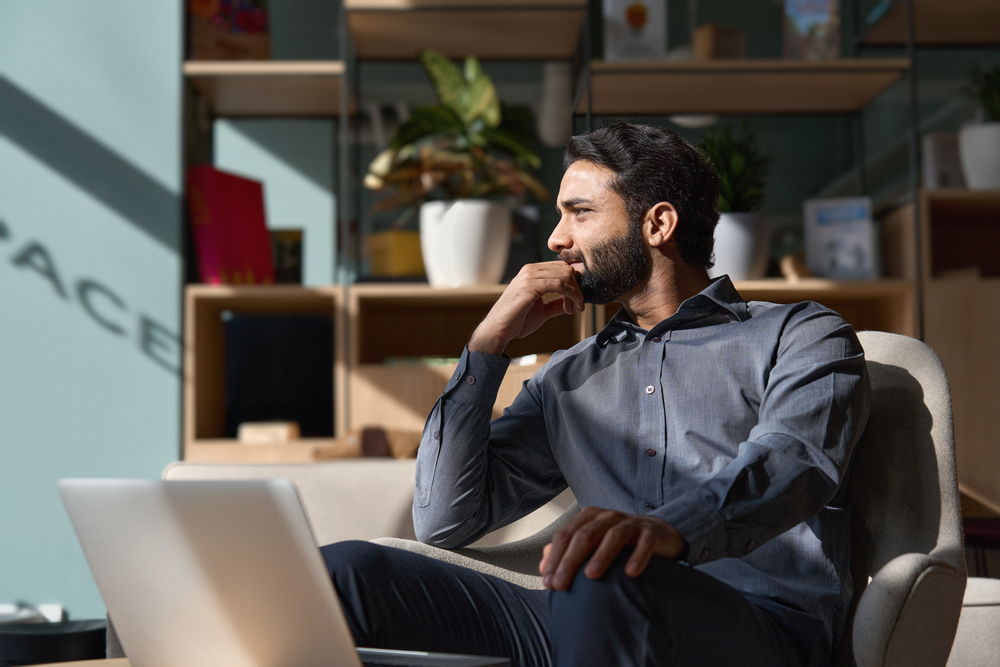 The story is told in ancient Buddhist literature of a pampered princess who was walking barefoot in her father’s kingdom when she stepped on a thorn.

In pain, she demanded of her father’s advisers that the entire kingdom be carpeted.

One adviser made her a pair of sandals and kindly encouraged her to wear them instead of carpeting the kingdom.

This simple story reveals a mentality that all leaders engage in to one extent or another. We yearn for a world of soft carpet and no thorns.

Given how easy it is to slip into conditioned patterns and to be triggered by subconscious wounds from the past, we can see how critical mindfulness practice is, particularly in leadership.

It’s when we are leading that we usually face the greatest tests and the most pressure to perform. And it’s under this pressure that we can all too easily slide into reactive patterns. We end up being a prisoner of our own thinking, wishing that our team or organisation was “carpeted” rather than that we “put on sandals.” This is the opposite of mindful leadership.

Meri Rosich, CEO of the marketing consulting firm App Strategy Labs in Singapore, shared an experience with me where she took accountability and “put on sandals.”

Earlier in her career, a large organisation where she worked underwent massive change in a short period of time. Senior executives were being replaced quickly, budgets were disappearing, hiring was frozen.

Meri had a subscription to a service that delivered audio recordings on mindfulness. She would listen to these every day on her way to work.

One day the audio reminded her that you can’t control what happens in your external world, but if you are mindful, you can control how you react to what happens.

“It was such a ‘wow’ moment to realise that I had complete choice over how I reacted to the situation. Up until then I was shut down into a defensive position. And at that point I realised that it doesn’t matter what’s out there. I’m just going to get my projects done. I’m going to do the best that I can for the team.

“But I want to be able to look back and feel really proud of this, and not be part of the problem but part of the solution. I’ll try to change the culture if I have a chance, I’ll try to implement workplace improvement policies.

“I realised that there is far more to life than these temporary circumstances, no matter how stressful they feel in the moment.”

Meri’s example shows the empowerment that can result when we take responsibility for our mindset and experience. Taking responsibility is about empowering ourselves to become the captain of our own ship and our behaviour choices.

This is the essence of mindful leadership: recognising that reality is as it is, and no amount of anger, frustration or argument will help us deal with it constructively or compassionately.

Viktor Frankl provides a wonderful example of mindfulness in the most extreme circumstances.

A Jewish psychiatrist, in 1944 Viktor was transported by the Nazis from the Theresienstadt ghetto to the infamous Auschwitz concentration camp, and later to Dachau.

Shortly after his release he published his book Man’s Search for Meaning, which is recognised as one of the most influential books in history.

“We who lived in concentration camps can remember the men who walked through the huts comforting others, giving away their last piece of bread … they offer sufficient proof that everything can be taken away from a man but one thing: the last of the human freedoms—to choose one’s attitude in any given set of circumstances, to choose one’s own way.”

In a global study that was repeated five times, leadership experts Jim Kouzes and Barry Posner found that one of the top four qualities we want in leaders is “inspiring.”

What can be more inspiring than seeing a human being choose responsibility, compassion and generosity in the face of challenge?

The best leaders inspire us to become better people through their own example. This is the primary role of mindful leadership, as well as a core ethos of mindfulness.