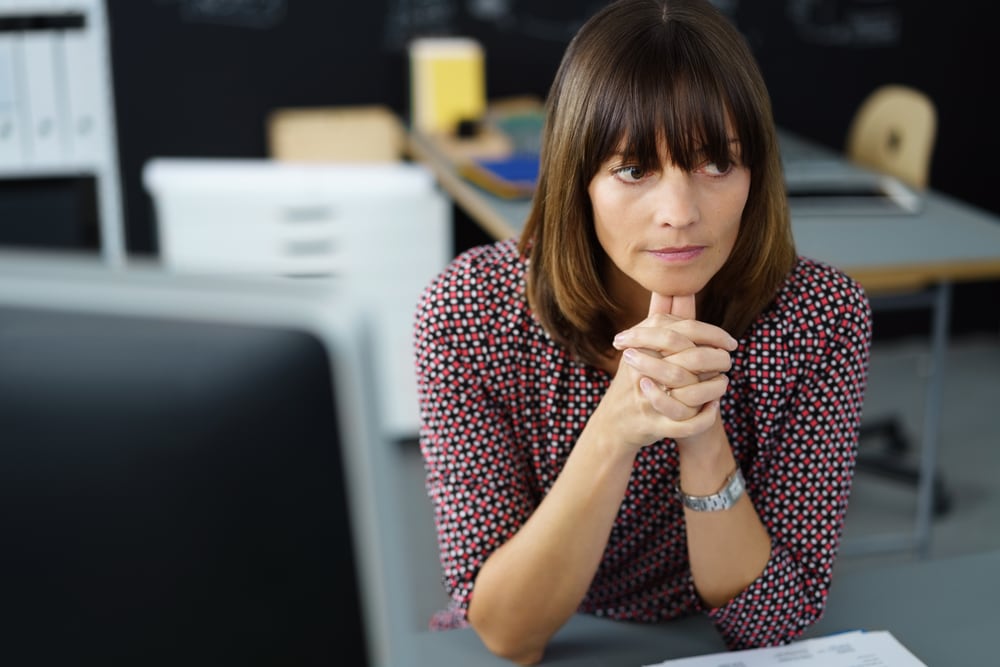 Years ago I was teaching a business leadership course to a group of senior managers. They began our session by being very vocal about their belief that the program was a complete waste of time.

During the business leadership program, I handed them back their 360 leadership assessment results, and all of their scores were really low. I was secretly delighted, because in a way it made me feel vindicated.

I really rubbed it in. I didn’t use angry words, but in a nice, cool, “professional” way I essentially conveyed the message that they were really “broken” leaders who needed fixing.

A couple of days later the CEO dragged me in and asked me what I had done to these guys. I admitted that I got angry and had lost my bearings. Using deep compassion on myself, I saw that I had gotten really scared and that fear had come out as all-too-familiar resentment and anger.

I then went to see a mindfulness mentor of mine. He asked me to consider the deeper mindset and energy that was behind my teaching of the business leadership course.

I realised that I was seeing those leaders as broken people who needed to be fixed. Furthermore, I saw them as needing to be fixed to prove my own self-worth.

It was all about me—the need to fix them to make me feel valued. I wasn’t seeing their potential wholeness and goodness. I was talking to their brokenness—and that was really because I was speaking from a wounded and broken place in myself. It was projection, and unfortunately a projection going right back to my childhood.

When you see people as deficient, a condescending energy is conveyed that repels people. And that repulsion wounds you even further and invariably supports more of the same pattern.

My mentor then invited me to take it a step further: to regard those senior managers as my teachers and to consider how that might change my energy and attitude.

I met with them again a couple of months later. In the meantime, several of them had been actively canvassing the CEO to get rid of me as a consultant. That was the environment I walked into for another three-day business leadership training course.

I started the first day by being completely vulnerable and honest. I owned my baggage that had influenced our previous business leadership session. I admitted that I had behaved poorly.

Instead of thinking of myself as the teacher with all the answers, I said, “You guys are senior leaders. You know what you’re doing. I’m just here to lay out a framework that may or may not be useful to you.”

I was no longer operating from the attitude that I was there to fix or change anyone. My perspective was, “These are not broken or deficient people. They’re good people. What can I learn from them?”

The transformation was magical. After the two worst days of my career, this session was the best three days I’ve ever had. They were open and teachable. The energy was high. Breakthroughs were experienced.

I responded, “I remembered you guys really care about the people you lead and that at your core you are brilliant and want to be brilliant more consistently. I was also honest with you. I owned my baggage. In doing that, you gave me permission to help and support you.”

Most importantly, what I did was stop seeing them as broken and deficient, and instead I saw their wholeness and goodness. I saw the truth behind their attitudes: that they were scared their scores would threaten their career, just as I was scared that their attitude would affect mine.

I was able to be mindfully compassionate and generous with them and to see them for whom they really were rather than as threatening enemy images. And as I did so I recovered my own wholeness and goodness.

In business leadership, our job is not to fix people. If we have that attitude, we can be certain that we’re seeing them as broken and therefore deficient. Nothing good ever comes from that view.

Effective business leadership is about seeing the inherent goodness in people and to empowering them to become what we see in them.